CAV SO Scenario Designs "How to make your game more than just kill or be killed." 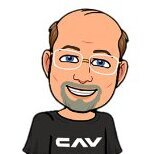